Sean Wilentz — No Property in Man: Slavery and Antislavery at the Nation’s Founding, Wednesday, October 3, 2018

Posted on September 24, 2018 by lindaoppenheim 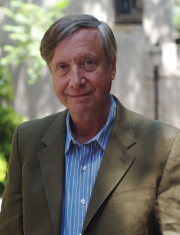 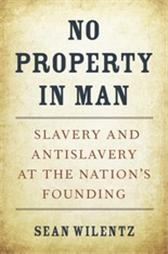 At 6 pm on October 3, 2018, Labyrinth Books (122 Nassau St, Princeton, NJ) and the Princeton Public Library are pleased to invite you to a discussion of the Sean Wilentz’s radical reconstruction of the founders’ debate over slavery and the Constitution.

Although the proslavery side won important concessions, Wilentz asserts, antislavery impulses also influenced the framers’ work. Far from covering up a crime against humanity, the Constitution restricted slavery’s legitimacy under the new national government. In time, that limitation would open the way for the creation of an antislavery politics that led to Southern secession, the Civil War, and Emancipation.

This event is co-sponsored by Princeton University’s Humanities Council

2 Comments on “Sean Wilentz — No Property in Man: Slavery and Antislavery at the Nation’s Founding, Wednesday, October 3, 2018”